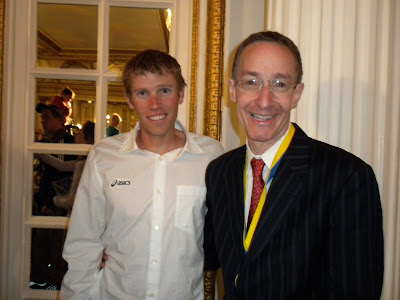 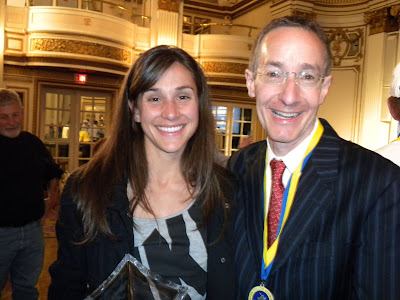 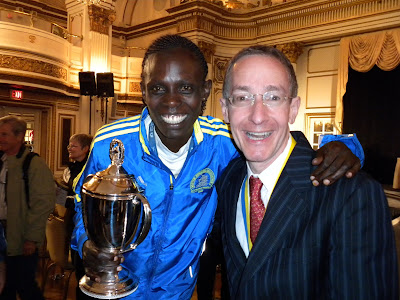 My running friends know that I am a regular participant in the Boston Marathon. On Monday, April 20, 2009, I completed my 6th Boston Marathon, finishing in a time of 3:39:36. In addition to competing as an individual, I was part of a Men’s Masters Team for Track Club Los Angeles (“TCLA”).

The race was exciting as always and the crowd support was fantastic. The woman’s race was decided by one second. I had the pleasure of meeting many of the top finishers in the race, including the female winner of this year’s Boston Marathon Salina Kosgei, and the 2 top finishing Americans, Kara Goucher and Ryan Hall (both finished third). Shown above are some photos of me and my new friends.