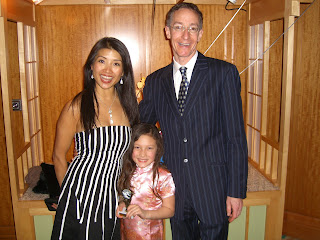 On March 11, 2007, I received an award from the L.A. Leggers for having the the second fastest Legger finishing time at the 2007 LA Marathon. The L.A. Leggers is a marathon training club with over 1800 members. It has been rated as the top running club in Los Angeles by both LA Sports and Fitness Magazine and Competitor Magazine. This trophy is now sitting on my desk, and serves as an inspiration to me to keep getting faster and stronger. The first place male Legger at the 2007 LA Marathon was my friend Bruce Reisenfeld. The first place female Legger at the 2007 LA Marathon was my friend Katie Sobczak.